‘In Another Country’ was shortlisted for the 2020 Commonwealth Short Story Prize.

When Father Marin says, ‘The Mass is ended, go in peace and glorify the Lord,’ men creep into the church. Their faces are masked. Confusion and panic engulf the congregation. Your screams are drowned by the hail of bullets. The windows shed their glasses like gusts of ice raining down on the floor. Bodies hang on the pews like clothes on a line.

You leave your body like one slipping out of a bad dream,

Behind you, St. Akins church stares blankly through the eyes in her walls.

You’ve been walking and walking. The roads are long stretches of brown leading to places you think you know. The roofs of the houses are like old hats on craggy walls. At the mouth of an intersection, a herd stands idly. They leave a heap of dung behind them. Flies buzz. The smell sits in your nostrils. The dwellers are lying in the open on their backs in dirty, white caftans. You are looking at their faces as if you know them from a previous visit. You hear their voices.

‘Mehnn, when I was a human being ehn.’

‘Guy, the worms have eaten the flesh to the bones.’

‘But there are empty bodies everywhere. Just slide into one.’

‘I can’t live in another poverty-stricken body like before.’

‘You are right o. And it’s poverty everywhere.’

Anda waves at you from another group. Their dark skins wear red and white striped robes girded at the waist. They are seated in the smoky smell of the church among piles of broken blocks, burnt wood, shovels, sand and cement. Only the altar is standing. Eyo and Nko welcome you with handshakes. Nko looks past you at a bird fluttering in the tree, and frowns at something that Anda is saying. You offer them large grins.

‘You know you are the cross bearer for the next Mass,’ Anda says, standing up and beating dust off his vestment.

‘Hey, do rest,’ says Nko. He wipes the wetness on his forehead with the back of his hand. ‘We have to finish rebuilding the church before nightfall — before the 8 p.m. Mass.’

They begin to fade

Fr. Marin appears on your path like a speck in your imagination. He is making crosses in the air, his hands spread like wings. ‘The Mass is ended, go in peace and glorify the Lord,’ he keeps saying.

He floats like a red ball of candlelight on the altar.

You went to confession three weeks ago. ‘Bless me father, for I have sinned. It is six months since my last confession.’ Your lips paused like they were about to betray you. ‘This is my sin.’

Then they clamp down stopping a surge of words from bursting out. Fr. Marin waited.

You did not tell him she was the reason you woke in the morning and rode on the erection between your legs. At Mass, your mind ran out during the sermon to drink her nakedness, her smell, her sweat. You served Mass on Sundays to get tickled by her pitched voice rising from the choir stand.

He asked you to say the Lord’s Prayer fifty times. You prayed. Each word brought back the memories of you thrusting in the dark garbage room of the church, beside the sacristy. Your bodies were shadows among the black garbage bags. It was not your name she called, but her boyfriend’s, the choirmaster.

‘He pays my school fees. That’s my offering to him,’ she said.

‘Why are we doing this?’

‘You know my body more than he does. I have needs he doesn’t satisfy.’

‘The Mass is empty without the choir. It’s like a house of mourning without your voice rising high.’

‘I don’t see God in the host. I see Him in you. That’s why I come to Mass and spill my voice for Him; for you, you know.’ She rolled a chuckle.

‘God enjoys it,’ you replied.

‘Do you believe in God?’

‘I don’t know, but I believe your voice makes me feel His presence.’

She is here too, digging the earth to find her body. She finds nothing. She has been doing this since you arrived. She is without a face. Without her right hand. Her body is buried among others in the grave of many. You do not remember her face. You feel nothing for her now. You do not even know what to feel. You recognize her because of her blue dress — the same she wore when your waists sang.

At the end of the path near the bend, two figures stand face to face, talking. They hold you in their gazes as you approach. One is in a white frock, bright like the sun. The other is in blazing red with two horns sticking out of the sides of his head.

Words want to leave your mouth but you can’t find them.

They turn away from you. You turn away too and walk home.

Mama sits on the wooden bench, picking out chaff from the rice in the tray on her lap. It is the last in the stock from the shop. It will serve as dinner and breakfast.

‘Good evening, Mama.’ Your voice comes like a hiss in the fire under the cooking pot. Mama stands up, pokes the wood, then her eyes stare at the space before her.

On the table in the parlor, an ashtray, an incense pot, a prayer book with brown pages — one of the many with black spots left by bedbugs — sit next to Papa’s crossed legs. It is his favorite sitting position: facing the altar in the top corner of the room with its statue of Jesus and Mary, where flowers and two candles also stand on a piece of wood covered with a white piece of cloth. The room smells of cigarette and incense.

He fiddles with the knob of his transistor radio. The fizzing noise, like a difficult breath, swallows your greeting.

Mama chides him every day at dinner. ‘You struggle with this thing every day. Why not buy a new one?’

‘In this regime, buying a radio is not what bothers me.’

‘I understand, my husband. But we are still surviving. At least, I am still able to sell enough from the shop to get us something to eat.’

‘Yes, I’ll buy a new one when they pay us. It’s close to a year now. Our Oga has been saying there is no money. But he is vying for a seat in the State House of Assembly with our salary. Imagine that.’

‘Let’s eat, my husband. Your Oga will eventually pay. And the president won’t be there forever.’

‘Four years has become forever. What do we have to show for it? Herdsmen onslaught, right? The new Boko Haram.’

‘Yes. That’s true. But we survived Boko Haram; we’ll survive this one.’

The furrows on Papa’s forehead sit deep. What a contrast with the bright face smiling wide at Mama beside him on their wedding day, in the photo that hangs on the peeling walls. On another, he is at work wearing a helmet, looking through an apparatus standing on three legs on a long stretch of road under construction. In one photo, Mama wears an Afro. She is in a girly pose, against a black and white background. Around her are the white walls of her secondary school.

A recent photo of you reveals the gap in your teeth. You are standing between Mama and Papa. The words at the bottom, like trees swaying in the wind say, ‘Congratulation on your convocation.’

Now papa sighs as a thin voice — a preacher’s — becomes clear, with the words, ‘Is God silent?’ Then the hissing sound again. Papa drops the transistor with a measured bang on the table.

You walk past him to your room. Your phone is blinking. ‘Hey babe, see you in church today,’ the text reads. You run through your chats. From the beginning. Two months ago. When you accepted her friend request on Facebook and she told you she liked you because you served at Mass. And you told her about her voice, the only sound you hear at Mass.

On the tabletop is the book you finished reading — In Another Country by Susan Kenney. It’s one of the books you have bought at the bend-down-select book store at the bosa market. For a hundred naira each, you got up to eight books. Most are discarded from libraries abroad. Hamilton Library is prominent. On the wall above you is a quote from the book: ‘We are alive so little and dead so long, and even in the memories of those who want to keep us we fade away.’

The next book on the pile is Fiona Shaw’s Out of Me. You like the photo of the woman on the hard cover: naked, sitting on a stump, wearing a mask— the head of an animal. The face has two lachrymal slots for eyes. Her knees are folded up to her chest. Her hands are lifted upward in the manner of a plea. Her fingers rest on the tree-like horns curving out from the mask. Her posture is both resigned and desperate in the darkness around her.

But now you want to lie down. You pull the bed sheets. Your hands slip through them like water.

Outside, feet rustle. Whispers buzz. Through the window, the sight of a procession marching into the compound, carrying a body, feeds your eyes. Sighs hum. Then Mama wails, calling your name, Maki. Maki. Maki.

She sprawls on the earth floor the colour of her faded red wrapper. The rice has left the tray for the floor. Two women support her on either side. ‘It’s okay. It’s okay.’ Their voices are like cushions.

Papa stands on the threshold, one arm akimbo. His head sways left and right as though careful not to snap his neck. Then his head rests on his chest.

You look at your body. The head and the neck hold on to each other by thin threads of flesh.

When they say you should rest in peace, you do not know what they mean. You do not know what rest means. You do not know what peace is. The house your body sleeps in is a brown wooden box inside a six-feet room. Before the earth closes over it, mama is pulled away from jumping in. Her lips part. Water runs down her cheeks. Papa hides his tears like a treasure he wants no one to see. He must be disappointed in God.

Receive two new pieces of writing each month in addition to a newsletter filled with opportunities for writers and readers.

Ifeanyichukwu Peter Eze worked in the United Arab Emirates for four years. He writes about migrant workers, human/sex trafficking, sexual awakening, and religious conflicts. His works have appeared or are forthcoming in: Fresh Ink, Red Coyote, Tiny Essays, Scarlet Leaf Review, and Pangolin Review. He holds a BA in Philosophy from the University of Nigeria, Nsukka. Currently, he is […] 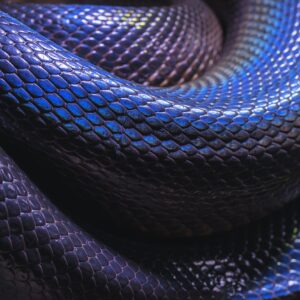 by Nafisa A. Iqbal 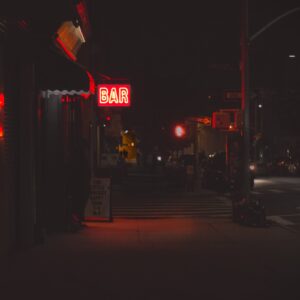 The Teeth on the Bus Go Round and Round